Drone Ships on the Way?

Unmanned freighters appear to be on the horizon, and headed our way.  We’ve got unmanned spacecraft and drone aircraft and driverless cars, so why not unmanned ships? 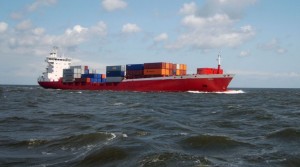 Plans for operating unmanned ships were unveiled last month, when Rolls Royce presented a prototype control center, from which crews of seven to 14 people can control fleets across the globe. The mechanics of remote control are already in hand – many of us have some form of auto-pilot on our boats, so it’s not that much of a leap, despite the instant questions:  What if something breaks?  What about that satellite glitch – as in recent GPS issues?

Those of us who sail, fish, cruise or all of the above in waters off major ports such as LA, New York, Miami, Tampa, Seattle, etc., take some comfort in knowing that those windows on the bridge have a human or two who are actually looking though them for large and small obstacles.

I’ve even seen a ship coming into Long Beach slow to allow a race fleet to pass in front, because some skippers thought they could make it under his bow – I can tell you that if he hadn’t, there would have a been a couple fewer sailboats on the ocean, and the gene pool would have been a bit smarter. That’s the exception to the rule.  As we should know, ships don’t have brakes, and that’s a lot of mass moving, usually faster that we are.

So, let’s pay attention to developments on the concept.  Colregs and sanity aside, whether there’s a human at the helm or a drone operator in Finland driving that ship, the “law of tonnage” applies (something that we at Forespar understand). Risking your boat and crew on someone else’s satellite link might not be the best plan for longevity.

So here you are, searching for the point in the fog.  No radar, and GPS these days can be a little iffy.  You would rather not hit the reef off the point, or, the breakwater/jetty where the harbor is hidden behind that point.  You’re blowing the your horn and/or ringing the bell as required.  And going just fast enough to be able to dodge the usual idiot doing 20 knots when five is borderline.

And the foghorn on the point isn’t blowing.  Because it’s fog-activated, and the sensors may be above the fog, and the system has never been particularly reliable.  Hence, you and others who rely on that sound to determine the direction of a critical navigation point may wind up in a difficult situation.

We now have the Mariner Radio Activated  Sound System (MRASS).  Many of the horns in foggy areas, such as New England, Great Lakes and the California Coast, have been updated with the new system, which allows boaters to activate the foghorns themselves using their VHF radios.  You can read the Local Notices to Mariners online to see which local horns have been equipped.

The chart details shown below are examples of newer chart/GPS/Plotter updates, calling out the MRASS-equipped horns.

Go on your VHF radio (it is either channel 81A or 83A) and click the transmit key five times in a row.  The horn will activate for 30 minutes.  It works, and it can be real life saver.  I’ve tried it outside Marina Del Rey, and it works.

Just another reason to love the Coasties.